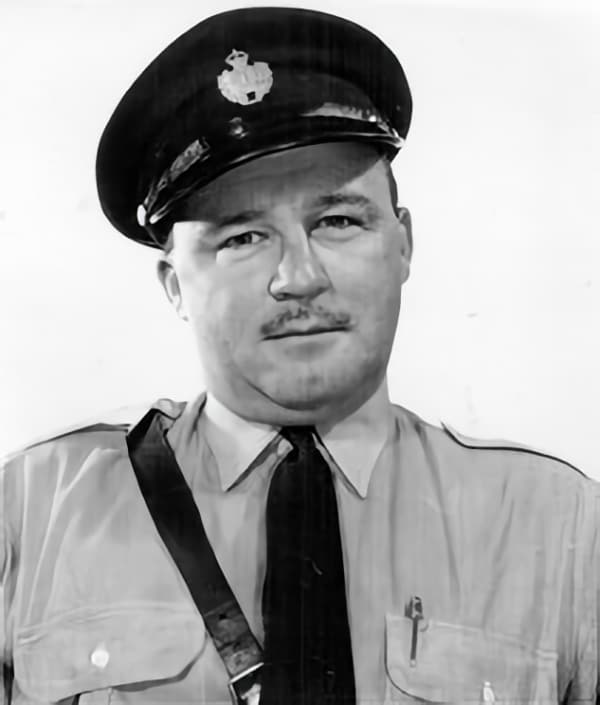 Corporal Gilmore was the Det. Commander at Spanish Ont. On this date he was one of three OPP cars chasing a stolen vehicle with juveniles in it, on Hwy #17. The stolen car crashed with the three suspects taking flight. The three officers gave chase capturing all three. While enroute back to Spanish, Cpl. Gilmore began feeling ill. Leaving his cruiser on the side of the highway, he and his prisoner travelled in with Cst. Don Gurnie's vehicle. Upon arriving at the Spanish Det. the Cpl. requested an ambulance as he was feeling worse. Cst. Gurnied lodged the prisoners then drove towards Elliot Lake intending on meeting up with the ambulance. Upon their arrival at the hospital, Cpl. Gilmore was unconscious and later died of heart attack.