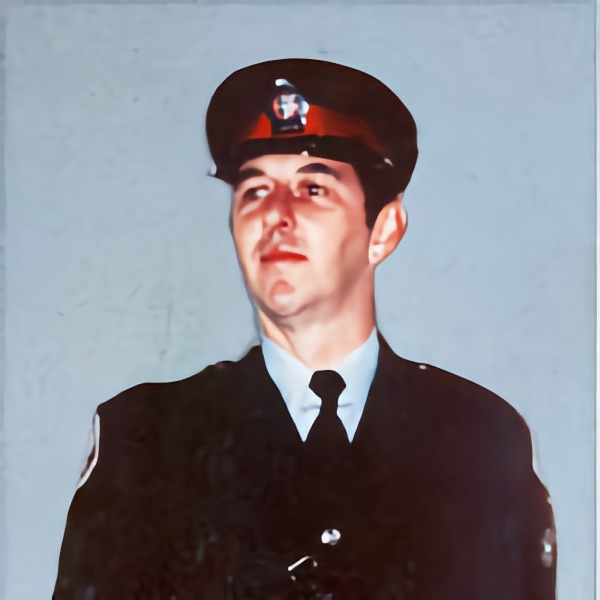 David A. Dunmore was Married with 3 Children.

On Tuesday, September 18, 1984 Constable David Dunmore was on duty with his partner, Constable Bradley Bested. An all points broadcast advised all units to look for a stolen vehicle whose occupants had threatened two persons with a gun. Constables Dunmore and Bested spotted this car in the Royal York/Queensway area and immediately took up pursuit. As the officers attempted to pull the stolen car over, the driver braked sharply forcing them to stop in front of the stolen vehicle. The suspect jumped from the car and opened fire with a semi-automatic weapon. Constable Dunmore, a front seat passenger, was fatally wounded before he had an opportunity to get out of the car. Constable Bested returned fire and the suspect fled by foot.

Several blocks away, the suspect, Gary White, was confronted by two police officers who returned his fire. Gary White was fatally wounded.