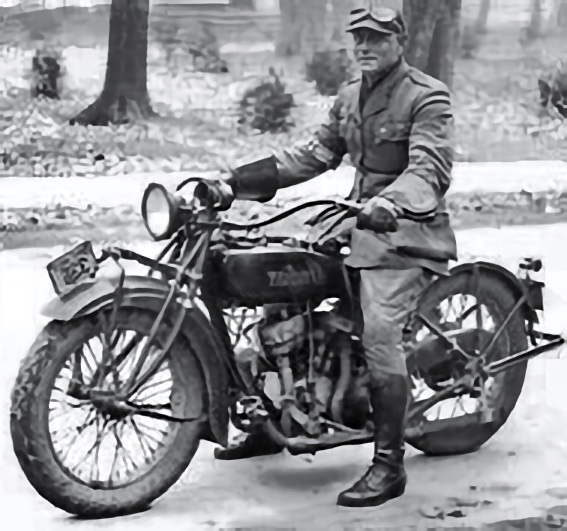 Hiram O'Callaghan was appointed to the Department of Highways as a Provincial Traffic Officer in May 1927, working on the highways of eastern Ontario from Kemptville. On the afternoon of January 12, 1928 Cst. O'Callaghan was patrolling the highway between Ottawa and Kemptville near Watterson's Corners, when his motorcycle was involved in a head on collision with a delivery truck. Hiram died instantly from his injuries. When WWI broke out Hiram served with the 156th Battalion serving in France, where he was seriously wounded and gassed. In 1930 all Provincial Traffic Officers were amalgamated into the OPP.