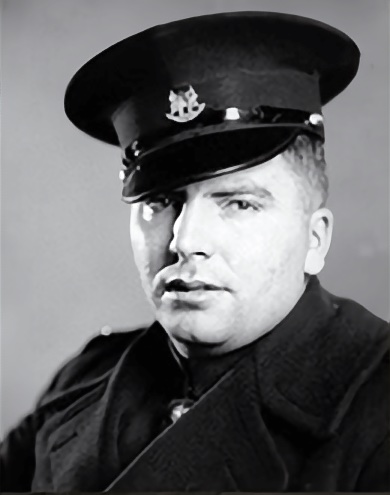 Thomas Stoneman was Married with 2 Children.

Detective Stoneman was working on a special assignment attempting to locate a stolen vehicle. The vehicle had been used in a daring theft of automatic weapons from the Canadian War Museum. On October 24, 1945, at 0102 hours Detective Stoneman and a fellow officer approached three youths who were suspected of having just broken into cars. Unknown to the officers, the youths were armed with handguns stolen in a previous break and enter. One of the suspects shot Detective Stoneman. After a running gun battle two suspects were arrested. The third suspect was arrested two days later and a stolen Thompson sub-machine gun, from the War Museum, was recovered. Five days later Thomas Stoneman died of his wounds.

Stoneman was the first Ottawa police officer to be killed on duty. Eugene Larment was charged with murder, convicted and hung for his crime.