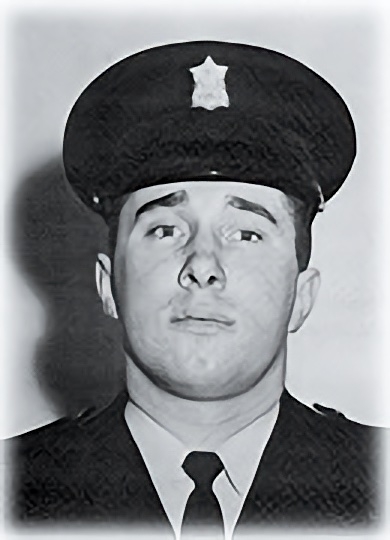 On this date at approximately 0009 hours Constables Kusznier and Sonego attended at the Landmark Inn regarding a complaint of trouble with a patron with a gun. After talking to management, the group involved were seen in the parking lot and ordered by the officers to stop. One, Peter Cosgrove, drew a gun and the officers took cover behind automobiles. Shots were fired and Cosgrove left the scene. Cosgrove's friend, a Richard Helmut Vonier, then raised his gun, shot and killed Constable Kusznier and then also left the scene.

Cosgrove was later found dead. Vonier was arrested, along with Lois Ann Marie Grant (Vonier's friend), and both were charged with first degree murder. The trial was held in Ottawa in 1978. Grant was acquitted on a directed verdict. Vonier was found not guilty by the jury. Both Vonier and Cosgrove were under mandatory supervision from Collins Bay Penitentiary at the time of the killing.