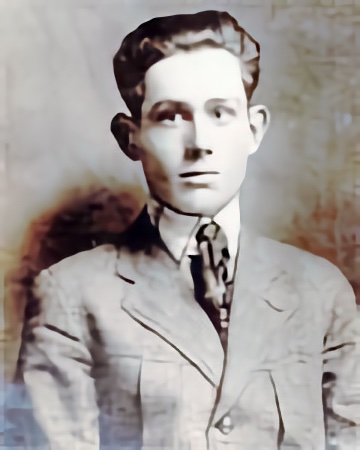 James A. McNicoll was Married with 4 Children.

In 1928, James at the age of 25, became a Constable with the Crowland Township Police Force. Crowland Township later becomes part of the City of Welland. Here, Constable McNicoll quickly established a reputation as a courteous and fearless officer and was esteemed by his fellow officers. On Tuesday September 2 1930 at approximately 8 p.m., Constable McNicoll was on duty at Police Headquarters located on Steel Street and was speaking to Customs and Excise Officer George Spencer when an emergency call was received to a Sixth Street residence reporting a gun being fired. Constable McNicoll immediately rushed to the scene in a car driven by Spencer. Arriving at the scene moments later, Constable McNicoll approached the house while Spencer parked his car. As Constable McNicoll arrived at the steps leading to a glass enclosed verandah at the front of the residence, a 45 year old man inside and hidden from sight, rose up pointing a double barreled 12 gauge shotgun at Constable McNicoll. Without warning, the man fired the gun at Constable McNicoll striking the officer in the head. McNicoll never had a chance to draw his service revolver. He died instantly from a single shotgun wound to the head. The suspect was arrested for the murder of Constable McNicoll. Following a trial, an appeal and second trial, the accused was sentenced to death by hanging. On Friday May 15 1931 at 5:30 a.m., as the morning sun began to rise, the accused was hanged in the courtyard of the County Jail in Welland.