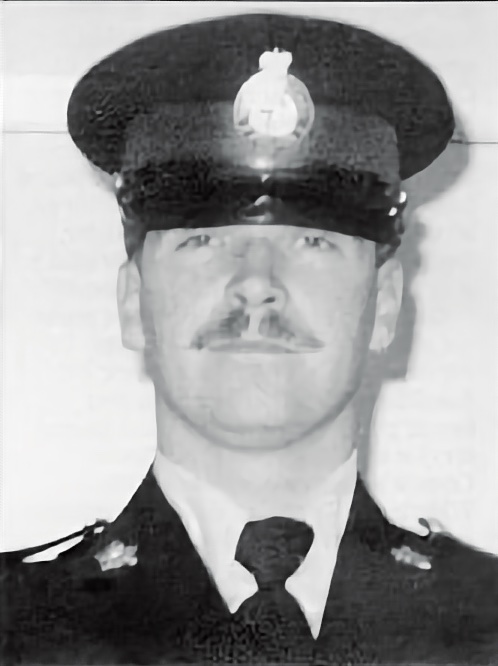 At 0011 hours October 9, 1984 Constable Grant observed a vehicle being operated dangerously and gave pursuit. The pursued vehicle quickly outdistanced the officer's and under the cover of fog reversed his direction and headed back towards the officer. As the driver approached the officer, he swerved sharply crashing into Grant's vehicle killing him instantly.

A 19 year old, who had stolen his parent's vehicle while upset over an argument with his girlfriend, escaped the crash unharmed. He removed the weapon from the dead officer and fatally shot himself in a nearby field.