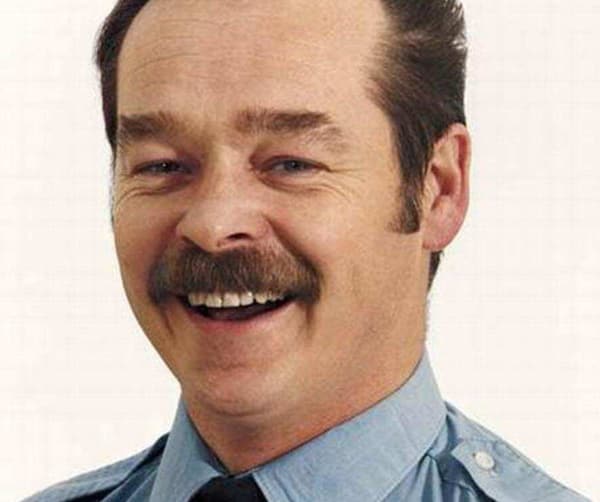 DETAILS: On Friday, October 14, 1983, Constable Utman was assigned to work the Bayshore subdivision area. Shortly before noon he issued a parking ticket to an illegally parked vehicle at the Bayshore Shopping Centre. He then entered the mall and began a foot patrol of the mall concourse prior to meeting a friend for coffee at the Gourmet Fair Restaurant. After a short conversation at the restaurant, attention was drawn to Peter Michael Collins, who was standing immediately to the right of their table with his arms extended, holding a handgun with both hands aimed at Constable Utman. Collins ordered the officer to get up because he was going to shoot him. Constable Utman looked up at Collins as one shot was fired at him. The bullet missed Constable Utman and lodged in the wall behind and to the right of him. Again, Constable Utman was ordered to get up. As he rose from his seat, Collins backed away continuing to point the gun at the officer. Constable Utman, holding his night stick in his right hand, slowly approached Collins and tried to convince him to turn over the gun. Collins continued to shout at the officer. When both Collins and Constable Utman were in the mall concourse Collins invited the officer to draw his gun. Constable Utman continued trying to convince Collins to hand over his gun. At that point Collins fired his second shot hitting Constable Utman in the right chest. Constable Utman fell forward unconscious. Collins approached the officer and removed his service revolver from the holster. He then fled on foot along the lower level of the north concourse of the mall followed by several witnesses. At one point inside the Eaton's store he turned and fired his third shot from one of the revolvers into the ceiling and then fired his fourth shot from the other revolver down the mall concourse in the direction of the persons pursuing him. After leaving the mall, Collins was seen running east toward the Penny Drive project.