The Ontario Police Memorial was officially unveiled and dedicated on May 7, 2000, by her Honour Hilary Weston, Lieutenant Governor, and the Honourable Michael Harris, Premier of Ontario. 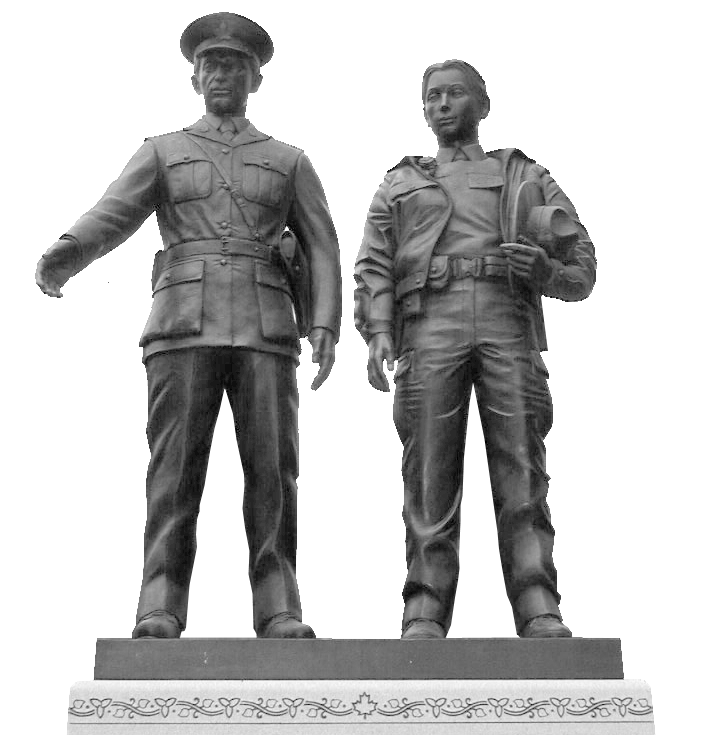 The Memorial was created to honour those police officers in the Province of Ontario who lost their lives in the line of duty. The names of all known fallen officers are inscribed upon the Wall of Honour.

The statues are mounted atop a large granite pedestal base (weighing 30,000lbs). At the feet of the statues are eight (8) cascading granite walls. The four- (4) walls on either side of the main pedestal form a horseshoe shape.

The names of all known Fallen Officers are inscribed upon the Wall of Honour.

The Memorial is located in a small park adjacent to the Ontario Legislature at the corner of Grosvenor Street and Queen’s Park Crescent in downtown Toronto.

It was built through a grant provided by the Ontario Government. 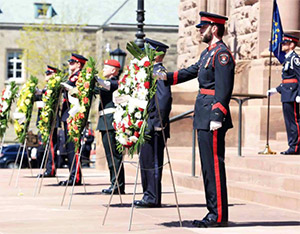